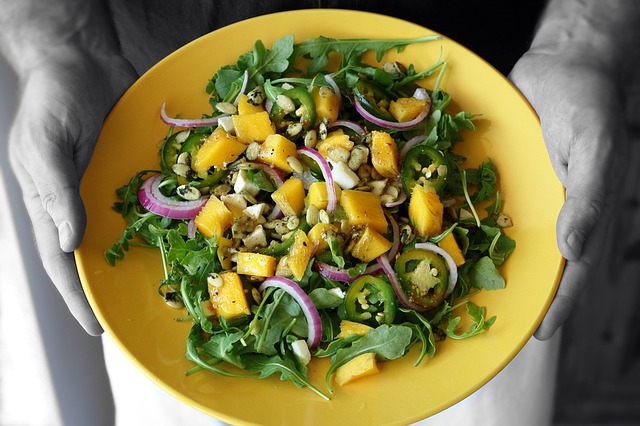 This is stated by Lierre Keith, author of 'The vegetarian myth', who argues that, in the face of the belief of vegans, agriculture is doing untold damage to the planet

"Agriculture is carnivorous: what it eats are ecosystems and ingests them whole," explains the writer, who was vegan for 20 years... until her diet took its toll

Neither fertilizers nor antibiotics

"The population's capacity for growth is infinitely greater than the earth's ability to produce food for man." One Thomas Malthus said it back in 1798. According to his calculations, 1880 was the estimated date for the situation to be unsustainable. But it did not take into account famines or wars, which decimated the world population, nor the exponential development of the industrial revolutions that were to come. And yet, that guillotine is still there, threatening to cut off our heads because of growth that doesn't seem to know limits. These limits exist and we have already exceeded them. As the shed is mounted, in 2050 we will be about 10,000 million inhabitants on this wonderful and crazy planet.

We try to get into this labyrinth of data, catastrophic predictions, food fashions and the omnimous power of the food industry. The magic solution to improve food, health and combat environmental damage lies in vegetables. Or so some claim. It was unquestionable for Lierre Keith, feminist writer and ecologist, author of The Vegetarian Myth (Captain Swing), a book halfway between the personal diary, the essay and the call to arms. Keith held on to that idea as something irrefutable during the 20 years he was vegan, until his body said enough. What he now intends to call into question is the identity built around vegetarianism, trying to dismantle the moral, political and health reasons wielded by vegans. He does not always succeed, but firing at everything and against everyone causes at least one debate that seems necessary." The people who care most about environmental destruction do not understand that they are part of the problem," he explains by phone from California.

Vegans who use ethical arguments not to eat animals cling to the idea that they do not participate in the death of any living being. His hands are not stained with blood and, therefore, his conscience is calm. "Monocultures devastate the original inhabitants so that invaders can take over the land," he says in the book. «It is a biological cleaning, a biocide. It is not peaceful. It is not sustainable. And every small portion of food is loaded with death ». Industrial agriculture ends the richness of the soil, displaces and extinguishes species, modifies the riverbeds, dries them out and pollutes: «Agriculture is carnivorous: what it eats are ecosystems and ingests them whole».

Keith is aware that up to 70% of the grain produced in the world is destined for animal consumption, an effective way to fatten cattle to produce cheap meat but not without risks and devastating consequences. «Everything they say about industrial livestock is true. It is a cruel, wasteful and destructive activity ». But, Keith argues, eating a tofu burger and a veal burger does not differ so much in terms of its impact on the environment and biodiversity.

Is it true that the more meat we eat the more carbon footprint our food has?

The real problem is that only the environmental costs of industrial livestock meat are taken into account, which has a gigantic carbon footprint because it is feeding the animals wrongly. Especially corn is used, which contributes directly to global warming, because all its fertilizers are made from oil and gas. But corn is not the natural food of ruminants, but grass. The moment you put the cattle back to eat grass, you recover a biological system that works perfectly and absorbs carbon instead of releasing it. The problem is not ruminants, but the dependence of human beings on fossil fuels.

Of course, we prefer to focus on food waste: “FAO itself assumes that the Green Revolution, which was designed to exponentially increase food production, is an exhausted model and has left us with a terrible inheritance. This productivist model has led us to produce such a quantity of cereals that in the end we are throwing a third part, a surplus with which we could feed the population we will have in 2050”. The Green Revolution of which the Greenpeace spokesperson speaks began in the late 1960s and was based on high-yield varieties of cereal grains, distribution of hybrid seeds, synthetic fertilizers and pesticides. The initiative was reinforced in the US, Keith argues, “for a public policy that argued that everyone should adopt a diet low in fat and high in carbohydrates. It was an experiment conducted with the entire American population. 50 years later, we can say that all they got was to make us fatter, sicker and more stupid. And they are not insulting, but the description of a reality. It is something that has destroyed us. Now we come to the other workhorse of the author of The Vegetarian Myth, the main reason she started writing the book: her deteriorated health. After 20 years of vegan diet, she developed a degenerative joint disease (spondylosis) that will accompany her for the rest of her life. To this we must add episodes of hypoglycemia, exhaustion, nausea, anxiety, depression, disappearance of the rule... Symptoms that are responsible for linking the deficiencies of your diet in the pages of the book.

Why Cant I Lose Weight And Belly Fat

​Read More
Why Cant I Lose Weight And Belly Fat