Get A Six Pack – The Best Workouts And Recipes 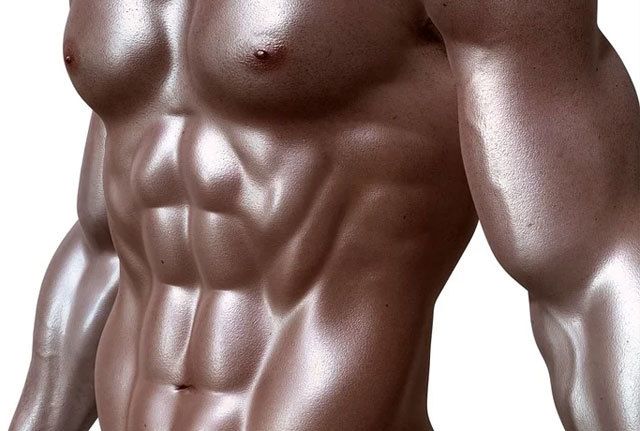 To get a six-pack, you need optimal training, discipline and a nutritional concept. Women have a little harder time reaching a washboard belly than men. We'll tell you which workouts and recipes will help you get closer to your goal.

For many people, a six-pack is the epitome of sportiness and maximum attractiveness – and often the major goal of all efforts during training.

The fact that the muscle is often covered with a relatively high percentage of body fat does not exactly make it easier to show its benefits. So, it is even more important to know how you can make your washboard belly visible with the right training and optimal nutrition.

Is a six-pack healthy at all?

While normal fat, visible from the outside on the buttocks, thighs and hips, serves to keep us warm and isolate the body, fat on the abdomen can be a common sign that visceral fat has also formed.

This is adipose tissue, which is located around the organs in the abdominal cavity such as the liver or intestine and can promote high blood pressure, diabetes, heart attacks or strokes.

Can everyone get a six pack?

Women have to work their way through a six-pack a little harder than men, since the evolutionary fat distribution ensures that they have up to 35 percent more body fat than men and a lower basal metabolism.

The extent to which the muscle develops (yes, it is actually only one!) Depends on the number of tendons that run horizontally over the straight abdominal muscles and thereby give the belly the typical six-pack shape.

The number of these tendons is different for every person, usually two or three that give the typical washboard-like appearance, but it can also happen that no tendon runs over the stomach, which is why it is quite possible to never get a six-pack can.

In most cases, however, incorrect training or nutrition is to blame for the underdeveloped muscle.

How do you get a visible six-pack?

The misconception that you just have to train your stomach with enough crunches so that the fat on your stomach melts and a six-pack appears, persists.

It is clear, however, that the abdominal workout does not automatically turn the stomach into a trained stomach - the fat on the stomach has to be removed beforehand. To burn it, only endurance training and an appropriate diet help.

We can only lose weight if we consume fewer calories than we consume.

The right nutrition for your six-pack

It is not for nothing that it is said that a six-pack is made in the kitchen. With the right nutrition - in addition to cardio training - you can melt the fat on your stomach.

Basically, this means avoiding calories as much as possible (especially in the afternoons and evenings, so that the body can use the time for fat loss overnight), but eating more protein and fat.

Animal products such as lean meat, fish, eggs and cheese are ideal sources of protein. But vegetables such as beans, lentils, peas or soy can also supply the muscles with a sufficient amount of proteins. A common guideline is around 1.5 grams of protein per kilogram of body weight.

The best dishes for a six-pack

Do's and don'ts on the way to the six-pack

Avoid empty calorie carriers! Food that provides energy quickly is digested just as quickly. This will get you hungry again.

So, eat more foods with so-called multiple sugars such as potatoes, cereals, rice or vegetables, since they are metabolized only slowly by the body and thus ensure a long-lasting feeling of satiety. You should avoid quickly available single and double sugars - such as those made from fruit or desserts.

Better buy fresh than canned food. If you can’t make it to the vegetable stall, go for frozen foods. Due to the shock freezing, the good ingredients are largely preserved.

Bring variety to your menu. Combine ingredients again and again. For example, you can prepare peppers raw in a salad, sometimes as ratatouille, baked or filled.

You should also stay away from alcohol. It inhibits the burning of fat and can, especially in men, in whom the fat is mainly deposited on the abdomen, lead to heat.