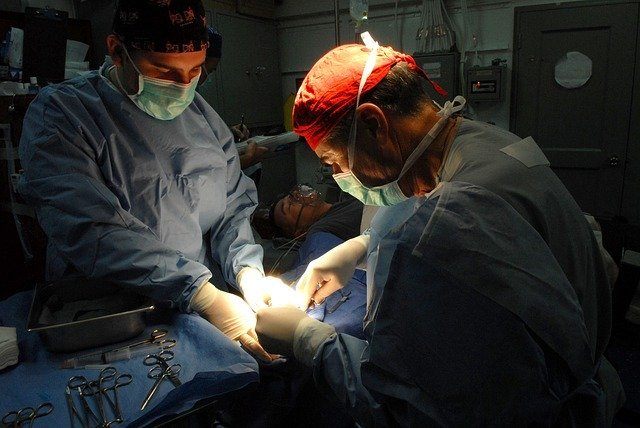 Stephen Westaby, one of the largest medical eminences in the United Kingdom, has operated more than 12,000 hearts throughout his 40-year career, and estimates that he saved 97% of his patients.

However, it is the deaths he could not avoid that he remembers most.

Westaby has not only saved lives with his hands, he also created inventions that will continue to save lives once he is gone.

His story began in Scunthorpe, in the north of England, where he grew up in a state dwelling.

The renowned cardiac surgeon talked about his life and his work and recalled how he suffered during his childhood, watching his grandfather - a lifelong smoker - die slowly because of a heart problem.

"He suffered from severe heart failure, which is a miserable way of life," he said.

"Patients with this condition," he said, "can't wear shoes because their ankles are too swollen, they need bigger clothes because their bellies swell and there comes a time when they can't sleep lying down because they lack air."

Little Stephen, at 7, was present at the last moments of his grandfather's life. " I saw how it turned blue and died without being able to breathe, " he says.

That experience would mark him for life.

At that time - in the mid-1950s - cardiac surgery was just beginning to develop.

Doctors in the United States had just invented the heart-lung machine, better known as "the pump", which allowed a cardiopulmonary bypass: a technique that temporarily supplements the function of the heart and lungs during surgery.

This meant a giant breakthrough. Westaby learned of this novelty in 1955, when his parents bought his first black and white television and watched a program which showed cardiac surgery.

He believed he could become talented as a surgeon because of something his grandfather had discovered when he was little: Stephen was ambidextrous and could use both hands with skill.

He was also a very good student and was the first of his family to go to college. But while studying in London, Westaby discovered that he had a great flaw: he was very shy and nervous.

"I was not encouraged to raise my hand in class to ask a question," he recalls.

The problem was no less for someone who aspired to become a cardiac surgeon, a profession that requires a lot of boldness to make life or death decisions in seconds.

However, your problem was solved in the most unexpected way.

One day, playing rugby, he suffered a severe blow to the head that fractured his skull. The impact damaged the part of your brain that controls inhibition and risk taking.

"Suddenly, I became the social secretary of the Faculty of Medicine and organized the parties," he says. "Very soon they named me captain of the rugby team. I was just fiercer."

This is how Westaby acquired the three talents necessary to be a successful surgeon: skillful hands, intelligence and boldness.

He obtained scholarships to train abroad, working in a hospital in New York (USA) and in Riyadh (Saudi Arabia). And he specialized in pediatric surgery, one of the most difficult branches of medicine.

The stories he tells about his little patients who failed to survive move even tears. One of the most heartbreaking was the case of a baby who managed to operate successfully in Riyadh.

The baby had a heart tumor and Westaby managed to remove it. But during the night the little boy died due to a failure in his pacemaker. The boy's mother, broken by pain, took her son, went to the roof of the hospital and jumped.

When Westaby tells it, one's blood is frozen. But he says that hours after that incident another baby continued to operate.

His dedication to medicine also had a high personal cost: he married and had a daughter, but less than a year later, he was already divorced.

The Reality Of The Modern Immune System