Stimulation Of The Vagus Nerve Has An Anti-Ageing Effect 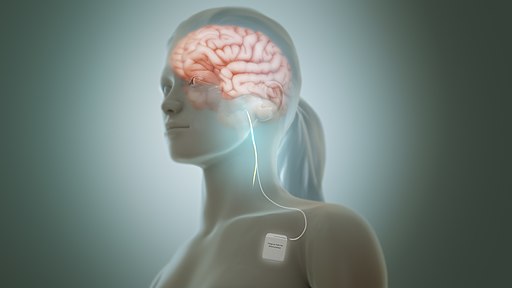 Stimulation of the vagus nerve through the outer ear can inhibit the aging of the body by partially activating the nervous system - preliminary, but promising studies by scientists at the University of Leeds show. Specialists from a British university conducted a study among 29 healthy people aged at least 55 years, by connecting to the outer ear of the camera, stimulating the vagus nerve, related to the autonomic nervous system.

The vagus nerve is the longest nerve in the human skull and a mixed nerve, the fibers of which leave the brain in many directions of the body and organs, including the muscles of the pharynx, larynx and palate, heart, lungs, intestines and kidneys, as well as the outer ear.

The vagus nerve affects the work of many systems, regulates the functioning of the lungs, heart and blood pressure, the gastrointestinal tract. With age, the human nervous system is less active, which affects the entire body.

The vagus nerve also functions worse. “The experiment,” explains the author of the study, Dr. Beatrice Breterton of the University of Leeds, “was to stimulate this nerve with a camera connected to the outer ear. This stimulation is painless; only delicate tickling can be felt. During the tests, they were performed for 15 minutes a day for two weeks.”

The British specialist claims that after such simple procedures, the balance between sensitivity management (stimulant) and parasympathetic (inhibitors) improved in the volunteers under study. This was most evident in people in whom it was most drowned. This meant that the mood improved and such people got better sleep.

Dr. Beatrice Bretherton admits that observations are needed on a larger group of people and over a longer period. It is believed that the effects obtained are only the “tip of the iceberg” of what can be achieved through stimulation of the vagus nerve.

Further research aims to show that this method will allow the treatment of heart failure, depression, and the irritable bowel syndrome.