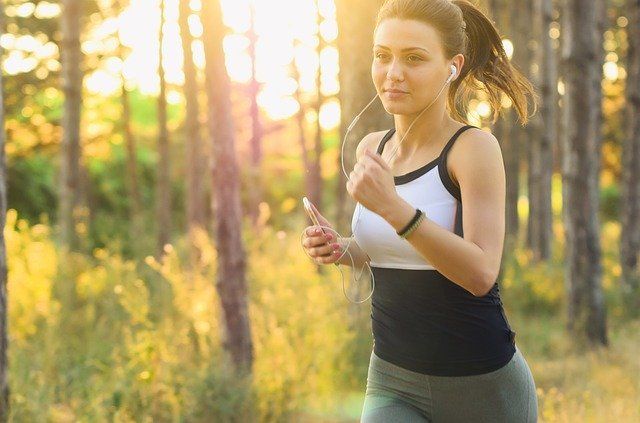 At what point does a useful thing like exercise become a bad habit? And do smartphone apps do that?

Valerie Stefan runs between the trees, the leaves rustle under her feet. On a morning run, the girl looks focused and at the same time peaceful.

“When I run, I have a feeling that I’m climbing some peaks,” says an amateur athlete. “I’m becoming faster, stronger, it’s like a series of small victories.”

Valerie started running 10 years ago for a general recovery. First, she took part in the race for 5 kilometers, then 10, and then in the marathon. She began to wake up much earlier than usual to have time to practice, and very soon the sport began to prevail over all other aspects of life.

“I began to realize that training controls me, and not vice versa. And this control quickly grew into an obsessive state,” Valerie admits. “This began to affect my work, my family, everything else. Over time, my sports became then unhealthy. "

The stronger Valerie became dependent on sports, the more she moved away from family and friends.

"My lifestyle has ruined my relationships with many people. They just didn't understand why I needed to train so much. I seemed a little nuts to them."

To be late for meetings, reschedule them and cancel them altogether became the norm for Valerie. She made appointments with friends on the courts for playing squash or in the pool, and allowed herself to relax only when she met the daily norm of physical activity.

"They thought that I just avoided meeting, but it wasn’t. I really wanted to see friends, but before meeting them I had to exercise, otherwise I would be tormented with guilt. All the time I had to find a compromise."

Obsession with sports has not only affected relationships with friends.

"I never had a rest; I didn’t want to spend time at home. All I wanted to do was show that I am a superman and I am in full control of the situation. I couldn’t let anyone see how hard it was for me emotionally."

For many years, Valerie forced her body and mind to the limit of possibilities, and eventually plunged into depression. She urgently needed rest and recovery, and she took four months off from work.

Psychologists say that excessive passion for sports is a kind of behavioral dependence: a person is driven by an obsession that can seriously ruin his life.

According to statistics, 3% of ordinary people and about 10% of professional and semi-professional runners are affected by this disorder.

The most vulnerable psychologists consider amateur athletes such as Valerie, who at some point reach the extreme point of internal tension and begin to desperately seek a way out.

"Often people who come to our clinic experience a breakdown in relationships, are in a state of anxiety and depression. You start working with them and suddenly you realize that sports are the fault," says psychologist Chetna Kang from London Priory Hospital.

According to the expert, this is still not a very common phenomenon, but there are more and more such cases.

What is exercise addiction

According to psychiatrists, excessive enthusiasm for workout and health can lead to exercise addiction. It may have one or more of the following characteristics.

Women have an increased risk of menstrual failure, osteoporosis, and eating disorders. In men, there is a decrease in sexual desire (libido).

Martin Turner is a sports psychologist from the University of Manchester Metropolitan. For 10 years he has been working with athletes, studying their characteristics and, according to him, regularly meets people obsessed with their sports identity.

“Running is part of what you are. If you're not running, then who are you?” Martin Turner explains to the logic of his patients.

Turner's studies show that such irrational inferences are a result of dependence on exercise, depression, anxiety, and burnout.

Firstly, such a way of thinking harms, but does not help in a person’s desire to achieve general well-being and harmony.

Secondly, it is motivation based on guilt and designed for a short time, when people run in order not to feel guilty, and not for their own sake.

And thirdly, such conclusions are not true. In order to live and to represent something, a person needs to breathe, eat, drink and sleep. Running is not such a necessity.

Refusing adrenaline and endorphins that occur during exercise can be very difficult.

Valerie attempts to reduce physical activity were very difficult. This was reflected in her general condition, adding anxiety. According to her, she was in a vicious circle.

“I’m very uneasy when I can’t train. I can’t sleep, I have headaches. In days without sports, I feel like in prison, in a trap,” Valerie says.

It is especially difficult to reduce loads when there is such a variety of sports applications and technologies as Strava, Garmin, FitBit and others around.

“I like applications. I use them every day, I control my pace, the amount of training, I monitor how I progress,” says the young woman.

“You can get a lot of positive feedback, see how you yourself are getting better, follow what your friends are doing. But if the marathon and my friends are on the nose doing more preparatory training than I do, I get stressed and try to catch up with them” - admits Valerie.

Such access to information only exacerbates the obsession with sports, and prevents a person from returning to normal, Martin Turner believes.

"Constant measurements are like an injection to increase self-esteem. The problem is that applications stick out user’s failures - you didn’t work out as well as last time; your result is worse than your friend’s. A person is in constant competition with others, everything time is result oriented, ”Turner said.

And there is nothing worse if a person’s self-esteem depends on his achievements in sports, the psychologist adds: “If my application tells me that my results have deteriorated, and I myself believe that failure in sports makes me a failure in life, then the dependence on judgments from parties is becoming a real problem. "

Audrey Livingstone, UK triathlon coach, says mobile apps and a variety of sensors that you can put on have led some athletes to train unhealthy to exercise.

“Some people don’t get any pleasure from what they do, because they will pay too much attention to what others do,” the trainer says. “I tell them that they should improve their own results, concentrate only on what they do "

You must act very carefully.

"I reduce their burdens, then send them to recover for a week. They don’t like it, it seems wrong, many find it difficult to accept. They just don’t understand why they need to rest periodically," Livingstone says.

The way to a normal life

As with any other addiction, getting out of a vicious circle and starting to reborn is a very long and complicated process. Martin Turner believes that the first step is to understand the scheme.

"Athletes must understand their thoughts, motives and beliefs and begin to fight with them," - said the expert.

"You have to be realistic and you need flexibility. Tell yourself:" If I do not work out today - it’s bad, but it’s not the worst thing in the world. And I did not become a worthless loser just because I decided to do without training today. "Such thoughts are more relevant to reality and do less harm."

For Valerie, a return to a healthy balance between exercise and relaxation is an ongoing struggle. She is supported by loved ones, and she believes that she is on the right track.

“It takes a lot of time to understand that you are addicted. The main thing is to let the situation go in time, give up obsessive ideas, stop controlling everything around, tell yourself you don’t have to be perfect,” says Valerie Stefan.