A Future Without Cars In Cities? 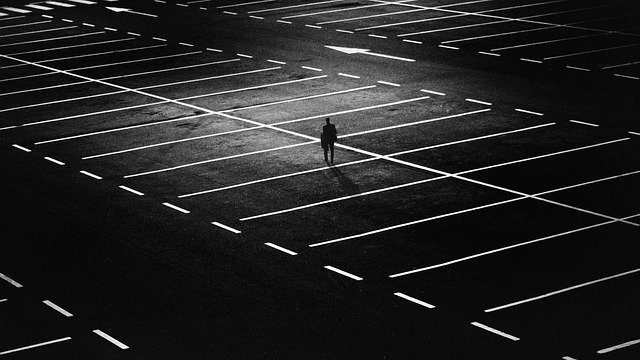 A modern city without cars? It sounds tempting, but not for everyone. Is this possible at all and do we really want it?

Imagine children playing soccer on the streets of a city. Imagine tourists taking carelessly taking pictures in the middle of the road. Restaurants that set their tables right on the street. And around - no cars, no motorcycles, no buses.

Something like that I remember Venice, the only city without cars that I saw. We were there with friends during the summer holidays at the university. We then traveled around Italy on the way.

Venice, of course, is unique in that it is built on small islands. But still it was very nice to be in a city where you can roam without dodging cars.

Over the past 100 years, cars have become the dominant force in the urban landscape. The streets are specially expanded so that it can be freer and faster to drive along, so that there is more parking space.

Private cars revolutionized the way we move, but at the same time they brought a lot of problems with us - from polluted air to traffic accidents.

And today there is still a small but growing number of cities trying to get rid of cars.

In the past few years, Oslo and Madrid have repeatedly hit the headlines about the plans of their authorities to ban car traffic in the center of these capitals. The plans, however, have not yet been fully realized.

However, these intentions represent a broader trend: to make traffic in large cities more difficult.

“Our main goal is to bring the streets back to the people,” says Hannah Markussen, Oslo’s deputy mayor for urban development. “It's important to understand how we want to use our streets and what they are for. We think streets are the place where you meet people, where you eat in outdoor restaurants, where children play, where artists show their work. "

To achieve this, Oslo completely closed part of the streets in the city center for cars, removed almost all parking spaces, replacing them with bicycle paths, benches and miniature parks.

There is also an environmental aspect. Oslo was built in a geological hollow, which is why the city (especially in winter) suffers from severe air pollution. According to local authorities, over the past ten years, the degree of pollution has decreased significantly.

Oslo residents are less likely to use a car to travel around the city (from 35% of trips in 2009 to 27% in 2018), and the number of people using a bicycle, public transport or just walking has increased.

JH Crawford is perhaps the most famous representative in the world of those who advocate cities without cars; he is the author of two books on this subject.

"In addition to the long-proven problems associated with environmental pollution and millions of deaths in car accidents, the most unpleasant consequences of the impact of cars on society should be recognized as the incredible damage they cause to social space," he emphasizes.

The bottom line is that cars significantly reduce social interaction. "The most popular places in cities for people are places without cars," says Crawford. These are parks, squares or streets given to pedestrians.

According to him, in such American cities as Houston and Dallas, up to 70% of urban land is given for parking. "The current housing crisis is due to lack of land. Get rid of cars and the problem will be solved right away."

No cars at all?

A city without cars? That sounds attractive. But is it possible? And does everybody want this? What about emergency services?

And what will people who find it difficult to walk? And what will happen to the growing suburbs of megacities, with the so-called sleeping areas?

Are we trying to impose on all the townspeople an idea that is mostly popular only among representatives of the young generation, who seek to live and work in the city center?

"The quickest way to kill a city center is to stop people from coming there," says Hugh Bliden of the Association of British Drivers.

The dying commerce and business on the central streets of many British cities will not be helped in any way by restrictions on automobile traffic, he emphasizes, and city centers will quickly become a haven for drug addicts and drunkards.

He agrees that many cities are too crowded with cars, but, in his opinion, this is due to poor layout. You just need more parking in the right places.

Ransford Achimpong, a city-planning researcher at the University of Manchester, said banning cars would help clean the air and improve people's health, but if you take the car away, provide an alternative.

There is such a concept of the "last mile", "pedestrian shoulder" from the stop of transport to the house. This is the final part of our daily itinerary, and if public transport does not make this part minimal, we will still drive cars.

Although Oslo Mayor Markussen pays tribute to the invasion of human rights when his ability to travel by car is taken away, she emphasizes: “In many cases, not restricting car traffic means restricting other people's freedoms. Cars prevent children from playing on the streets, and older people to cross the road."

"Oslo also has a problem with air pollution. We can say that cars violate the rights of residents with asthma, forcing them to sit at home and not go out when the degree of pollution is especially high," she says.

The future - without cars?

“If you look to the future with optimism, this trend will only strengthen,” Achimpong says. “Look at the statistics - apparently, we have passed the peak of the popularity of owning our own car and drive less now. There is also a big difference in habits between millennials and baby boomers, between different generations. "

He believes that young people are increasingly refusing to own a car.

All this indicates that the dominance of cars in our cities will gradually come to naught in a natural way.

On the other hand, he points out, there is a growing demand for new transportation services - such as Uber or Lyft, or unmanned taxis. “But these are also cars,” he emphasizes.

He notes that in most developing countries, the popularity of owning a car is booming, and their governments take this into account when developing infrastructure that takes into account the interests of car owners.

It is on cars that most trips are made in municipal areas far from the center of the metropolis - take, for example, the London highway M25 or Beijing, where as many as seven ring roads.

It is difficult to say how far this trend will lead us. In any case, I do not forget that the only way to leave Venice free of cars was to stand on the side of the road, vote and wait until some car stopped...