Professions Of The Future: What To Learn To Succeed In Competition With Robots 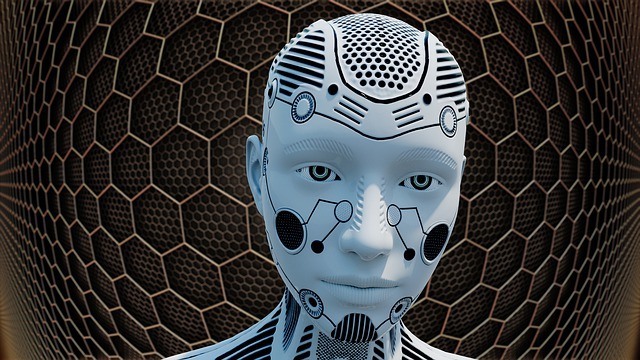 By 2050, a new class of people will appear, whose experience, skills and education will be completely unsuitable in society. For such “useless people” there simply will not be a suitable job.

Their appearance was predicted in his latest book by Homo Deus, one of the most famous futurologists, historian and writer Yuval Noah Harari. Such a prospect threatens those who “are deprived of any value in the economic, political or even artistic terms, those who are not conducive to the prosperity of society,” says the scientist.

Growing inequality, the extinction of professions due to the automation of work processes and other problems of a rapidly changing labor market today make us nervous and think about finding our place in the world of the future.

According to a study published this year, “Work of the future. What forces will shape reality in 2030” conducted by PwC, 74% of respondents in China, Germany, India, Britain and the United States are ready to acquire new skills and even completely change their specialization, if only stay professionally in demand.

“The generation of my parents changed about five jobs on average during their life. My generation doubled this number to 10. And we should expect the same dynamics in subsequent generations. Now it’s impossible to spend all our life developing one skill and making a career out of it. This era is a thing of the past, “said Zach Klein, creator of educational services DIY and JAM, as well as the founder and designer of the video service Vimeo.

Harari is confident that most of the skills that children now acquire in schools will become irrelevant by the time they are 40.

When asked how to prepare children for professions of the future that do not yet exist, Klein says that we need to start with reforming the education system. In the USA, for example, he said, very little attention is paid to the interaction of students in the educational process, instead, emphasis is placed on competition.

In his projects, he tries to create an environment where a student of any age can teach something to another child or surprise older children with his results, as well as receive feedback on his work.

DIY service and its paid analogue of JAM allow children anywhere in the world to develop skills that interest them, share experiences with online friends, discuss projects and teach each other.

“In a regular school, the teacher gives homework and gets a lot of the same work in response. And in general, the school has a system where someone looks down at children,” Klein complains. “[At school] we are trying to get the children to distract from really curious things and concentrate on developing a particular skill. But they already have it! We just need to stop making them focus on one thing. “

Already now we see how people who have chosen a certain profession in their youth grow up and understand that society no longer needs them. According to Klein, to avoid this, it is necessary to teach people to be flexible from childhood and to easily give up classes that do not spark them.

Klein emphasizes that schools remain the main environment where children gain knowledge: “There, the child has social connections. The school is the best we have, but in situations where it does not provide the opportunity to learn what is interesting to you, the Internet gives you a new chance. “

Neural networks are not an enemy, but a friend

The company Sana Labs, which is developing a new training system based on artificial intelligence, unlike DIY, does not focus on the interactivity of learning and involvement in the student community, but on the personalization of the educational process.

The creator and head of Sana, Joel Hellermark, considers it important to combine three factors: personalized learning, the use of neural networks and online education. The main goal of his project is to learn to keep the student’s attention and interest in the learning process as long as possible.

No matter what the child is interested in. This business is a vehicle through which he can find his passion. If he once finds her, he will not be able to live without this feeling

But even innovative educational systems do not provide the opportunity to determine which of the children will be able to make a breakthrough in a particular scientific field.

“We are very good at determining which of the children is good at playing the trumpet and which is good at football. But we are not very good at recognizing among children those who have the potential to create a phenomenal, new product,” said the New York Times businessman and investor Steve Case, commenting on the Equality of Opportunity project.

According to a study in the United States, whether a child becomes an inventor or not is influenced by factors such as access to new technologies, as well as skin color, social status and gender.

“The cult of creativity is widespread. Opportunity is not,” Case concludes.

“There are a lot of them - these” lost Einstein’s “- those who could create something significant, if he had the opportunity to develop in the field of innovation since childhood”

Report “Who in America Becomes an Inventor?” Project “Equal Opportunities”

What to teach children?

“What do we tell our children? First of all, to stay afloat, they need to constantly adapt to the changing environment, be in touch with others and most importantly - to maintain their sense of identity and their value system,” says Blair Sheppard, head of global development strategies and leadership at PwC.

37% of PwC survey respondents said they see the future of the labor market full of opportunities for implementation. However, as many people answered positively to the question of whether they are concerned about the threat of labor automation.

“The main problem is not to create jobs. It is to set tasks that people would do better than the algorithm,” said Harari.

According to scientists from Oxford University, nearly half of the jobs in the States will be replaced by computers in the next 10-20 years.

They will free a person from routine work and leave him analytic tasks, leadership, work with emotional intelligence - those areas where empathy and creativity are needed, the PwC report says.

How not to waste human potential?

In a report entitled “Technologies, Jobs and the Future of Labor” (released in December 2016 and updated in February 2017), McKinsey analysts conclude that with large-scale automation of jobs, one of the solutions could be to introduce basic income.

Jana objects: “Basic income is perceived as a panacea. But this is a path that does not even include attempts to create jobs! This is a waste of human potential. Think about how many hidden geniuses we can miss in this way. Just give people money for nothing - it’s too bad a decision. “

However, Jana supports charity and social benefits, but only as a temporary measure, saving in an acute situation. She is confident that in the next few decades, humanity will be able to get rid of at least extreme poverty.

In their report, McKinsey experts recommend stimulating the perception of human capital as any other type of human capital in society. It is also necessary to concentrate on the question of how a person can work productively with machines and how to rethink his tasks in this regard. And of course, invest in the development of creative skills and critical thinking.

“We talk a lot about creativity. This is an incredibly important skill for innovation and entrepreneurship. However, you should not focus on developing traditional creative abilities in our understanding. We offer a slightly different solution: we study what skills students want to learn and try to make them creative “says Klein.

“We don’t know what to expect in the future, and I think we should put up with this,” he admits.

How To Increase Vertical Jump