Thinking Too Much About Health Can Finish It Off, Says Science 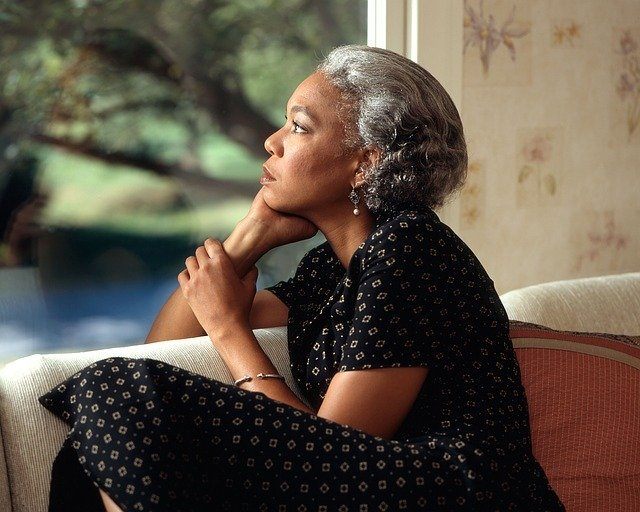 Scientific research has revealed an amazing connection between what people have in their head and their health. Our ideas about our own training play a very important role.

How healthy you feel is determined not only by how much time you devote to physical activity and exercise, but also by whether you compare yourself with your friends and acquaintances.

If you already realized that you are not coping with the training schedule that you yourself promised to adhere to at the beginning of this year, try not to focus on how many exercises you were required to perform, but did not.

Scientists have found out: if you take your physical activity too seriously and constantly think that you are not working out, then with such thoughts you can really turn yourself into a not so healthy person.

Over the course of 21 years, information has been gathered about how people exercised their body and - most importantly - what they thought about how they looked against their peers. Within this period, some of those observed died of various diseases.

After analyzing various factors that could affect the health of the study participants, scientists discovered something unexpected.

Those people who believed that they did not exercise as much as their peers they knew were dying at a younger age than those who thought they were exercising more - even if the actual amount of training was the same for both.

Moreover, the effect persisted even when scientists took into account the different health conditions of participants and factors such as smoking.

A constant comparison of one’s own fitness with the physical condition of friends doesn’t lead to anything good.

Of course, fitness, wellness exercises increase your life expectancy. However, from this study we can conclude that our ideas about our own training also play an important role.

The author of the study, Octavia Zart, told that personal experience pushed her to this topic.

Previously, when Octavia lived in London, she considered herself a quite athletic girl - she often rode a bicycle, went to the gym, but then she suddenly felt that she was clearly inferior in training to her classmates.

Seeing fans of a healthy lifestyle around you, constantly reading about it in social networks, you can unwittingly worry

She thought: what if the mere thought that you are training your body less than others affects your health? And she was right.

The first is quite simple: the thought that we are not training enough can depress us, plunge us into stress.

Seeing fans of a healthy lifestyle around you, constantly reading about it in social networks, you can unwittingly worry, your anxiety will begin to grow and turn into chronic stress that destroys your health.

Or is it all a matter of motivation? Perhaps, if you already think that you are leading a physically active life, then it makes you maintain the reputation of an athlete and train even more?

This idea is fully supported by the 2015 study, which showed: if you believed that you were physically prepared worse than your friends and acquaintances, then it is extremely unlikely that a year later you will do fitness at all.

Considering what we know about the so-called group norms (the rules of behavior and relationships adopted in a particular social group) and that most of us usually try to do what others do, this is especially surprising.

But maybe the achievements of our friends in the field of fitness discourage us, and it's easier for us to quit than to try to keep up with others.

The third possible reason that our negative thoughts affect our health is the inverse of placebo.

It has long been established: a person’s faith in the power of a medicine can enhance its effect in the body. The opposite effect of placebo is called nocebo: when expectations are negative, then the effect of the drug is weaker.

So, perhaps, those people who did no less than their friends, but did not realize this, simply deprived themselves of the benefits of a healthy lifestyle that they actually led.

Take for example hotel staff. During the working day, they have to walk quite a long distance along the corridors of the hotel, push heavy trolleys with towels, vacuum the rooms, wash the bathrooms, change bedding... But they do not perceive this as physical exercise, a 2007 study showed.

Then Alia Krum, also a Stanford researcher, told half of the study participants how much they actually exercise and that it is very useful for them.

A month later, members of this group of hotel workers lost weight, their blood pressure dropped. As soon as they began to consider their work as an opportunity to exercise, their physical condition improved.

Perhaps even they began to vacuum more vigorously. Or maybe it's just a placebo effect.

All this reminds of another study - 2003, when scientists came to the conclusion that our ideas about our own age are correlated with the state of our health and how it will be in old age.

Then the question was asked to seven thousand civil servants: when exactly, in their opinion, does middle age end and old age begin?

Hannah Cooper and Professor Sir Michael Marmot analyzed how the answers correlate with the state of health of the study participants and found: those who called the age of onset 60 years old or less were later more likely to experience serious heart diseases than those who indicated age at 70 years and older.

The answer to this simple question asked by scientists, apparently, reflects people's ideas about their own health.

Maybe they call 60 years old, because they feel old due to health problems. Or maybe they feel that they have not so much left, and if so, then they do not need to be engaged in their health, to exercise (which, for its part, also ultimately affects their health).

Or maybe they are just stronger than others, worried about the inevitable onset of old age, it worries them and, accordingly, has an impact on health.

Even the thought that in old age you can quite successfully deal with yourself can positively affect your health.

You may already have noticed that these last three explanations are very similar to those with which the first study of exercises explained the mechanisms of how this works.

Of course, we still cannot answer all the questions that arise, but there is clearly something to it. It is becoming clearer: our ideas about our own health are very important.

And this puts those who insist on the benefits of intense exercise and a healthy lifestyle in a not-so-adroit position.

On the one hand, it’s true - exercise is good for your health. On the other hand, such studies as the one we talked about suggest: the higher the requirements for oneself, the higher the likelihood of a breakdown.

And until we figure out which of these mechanisms provides the longest life expectancy, our recommendations will not work.

Well, I, meanwhile, will always try to positively evaluate what I am doing and, if possible, avoid talking with friends who run marathons.

How To Increase Vertical Jump