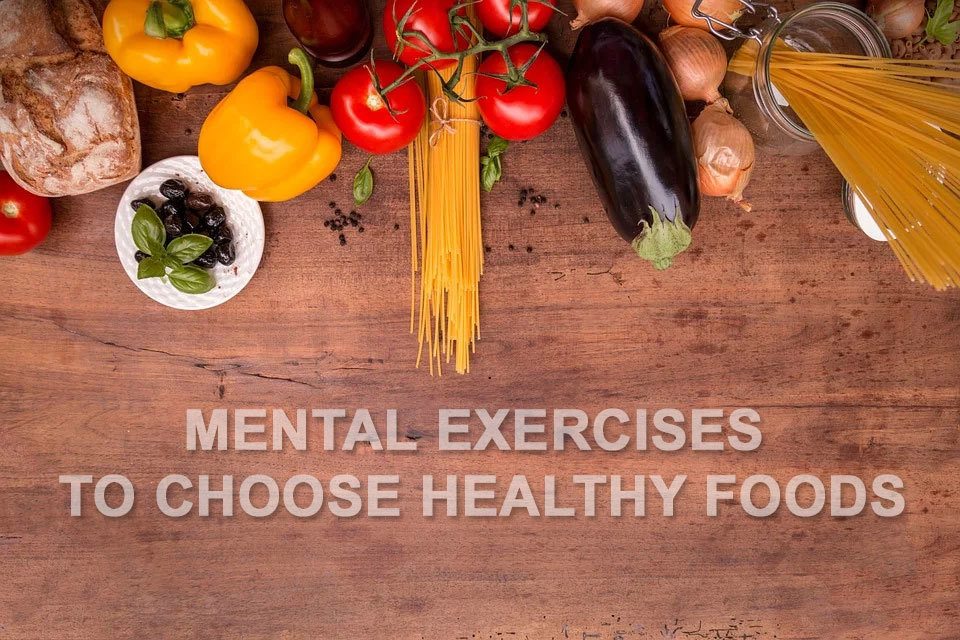 Here are some easy-to-learn tips that could help you make healthier food choices.

Eating too much is a dangerous and growing problem: worldwide, more than 1.9 billion adults are overweight and obesity has tripled in the world since 1975, according to the World Health Organization.

But researchers at Yale University in the United States say that changing the way we think about food could improve our diets and help us fight weight gain.

We tell you the four techniques that they tested and how effective they found them.

1. Before a meal, think negatively about unhealthy foods

Can you make yourself less likely to want unhealthy foods?

In the study, people were asked to observe some food for only six seconds, but during that time they focused on the negative aspects of the food.

Not only in how unhealthy that food was but also in anything else they didn't like, including its taste or texture.

When those people then rated their cravings, they had decreased by 20% compared to a group of people who had not done this exercise.

Reducing cravings may be important, because studies have found that the desire to eat unhealthy foods predicts people's eating habits and weight.

2. Before a meal, think positively about healthy foods

Healthy foods were more attractive after the experiments.

The next thing the scientists did was to turn the experiment around and they asked people to spend the same amount of time thinking positively about healthy foods.

This also had a significant impact, as people's cravings for these types of foods increased by 14%.

Therefore, concentrating for a short period of time may make it more likely that you eat foods that are good for you.

3. Train your brain in advance to avoid unhealthy foods

Can you prepare in advance to make healthier food choices?

Yale University scientists also analyzed whether it is possible to prepare in advance to make better decisions.

They asked the volunteers who will hear an adverse impact on junk food and then spent 15 minutes thinking about the harmful effects of some healthy foods.

This involved looking at photos of unhealthy foods while thinking about the negative consequences of eating them.

Later, when asked to choose between healthy and unhealthy foods, they were 7.6% more likely to choose the best option.

4. Train your brain in advance to want healthy food

Again, the researchers tried to reverse the experiment to see if people were more likely to choose the healthy ones.

Volunteers read about the benefits of healthy foods and saw photos of them, while thinking about those positive effects.

This also had an effect, since people were 5.4% more likely to choose healthy foods later.

Depending on the exercise alone to lose weight is not effective.

The percentages may seem small, but when people who participated in the training chose their meals, they ate an average of 107 calories menu you.

An average person would have to run for 10 minutes to burn a similar amount of energy.

Hedy Kober, the lead author of the study and an associate professor of psychiatry and psychology at Yale, said: "This effect is as great as that of many current treatments to combat obesity, but it is obtained after a brief training."

"Even if you make a good decision a day, that can eventually result in the loss of many pounds," Kober added.

Using regular diets, approximately 70% of people recover all the weight they lost within three to five years.

Therefore, any new technique like this, which can help moderately reduce calorie intake, could be valuable.