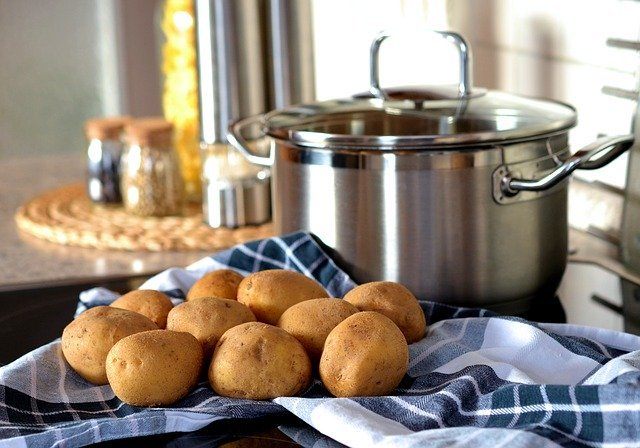 We are constantly told about the benefits of diversity in nutrition, but we asked the opposite question: if we still had to survive by eating just one product, which one would help us last longer?

Man is not alive by bread alone - these winged words can be understood literally, because only a month after the start of such an experiment (eating only bread) you will certainly begin to scurvy.

The best diet is one that includes all the variety of foods so you don’t even have to think about whether you get all the necessary micronutrients, from vitamin C and iron to linoleic acid.

Even new-fangled diets, involving the use of only a few foods or the complete exclusion of certain foods from the diet, are usually diverse enough to provide the body with everything necessary.

However, imagine a situation (completely unbelievable) in which we would have to survive, eating only one product.

We probably would like to know which food is more nutritious, and is it possible, for example, to get all the useful substances only from potatoes, only bananas or only from avocados.

Only one thing is known for sure: meat, as well as most fruits and vegetables, will not work for this role.

In meat, there is neither fiber, nor the most important vitamins and minerals.

Fruits and vegetables, on the one hand, are rich in vitamins, but the trouble is they contain very little fat and protein, so even if they are in large quantities, we will not get enough of these nutrients.

In fact, in order to survive, we do not need so much. But this does not mean at all that we can painlessly give up everything in a row.

This means that for those who eat only very lean meat, including rabbit meat, "diarrhea develops within a week, accompanied by headache, weakness, and overall poor health."

Stefansson writes that these people can avoid death from malnutrition only if they include fatty foods in their diet.

In the book of John Krakauer, Into the Wild, it is suggested that it was rabbit hunger that could cause the sad fate of the American traveler Chris McCandless, leading him to death.

It is believed that if a person receives only protein with a small amount of fat and carbohydrates, his liver may simply not cope with an excess of protein.

Nutritionist Jenny Jackson of the University of Glasgow Caledonian believes that compared to meat and most other vegetables, potatoes in this situation are not at all such a bad option as they might seem.

Last year, she wrote an article about Australian Andrew Taylor, who only ate potatoes for a year to lose weight and get used to a healthy lifestyle. His experiment was widely reported in the media.

According to Jackson, from many other starchy foods, potatoes are distinguished by an unusually high content of protein and, as a result, a variety of amino acids.

However, for a person with the same weight as Taylor, even 3 kg of potatoes per day will not be enough to get the recommended amount of protein. In addition, potatoes are low in fat.

Despite the fact that Taylor also consumed sweet potatoes, rich in vitamins A and E, iron and calcium, Jackson notes that he still lacked B vitamins, zinc and other trace elements.

Nevertheless, Taylor managed to live this year without much loss and even noticeably lose weight.

It is worth noting that potatoes quite often become the subject of discussion when it comes to nutrition.

A few years ago, a reader of the Chicago Reader newspaper turned to the author of the column of tips with the question of whether it is possible to survive by eating only milk and potatoes.

He referred to the fact that before the "potato famine" in Ireland, the inhabitants of this country lived on almost one potato.

The journalist Cecil Adams, who was conducting this column at the time, said that he and his assistant made calculations and found that potatoes and milk in large quantities were able to provide the body with almost all the necessary substances, with the exception of molybdenum.

To make up for the lack of the latter, just eat a little oatmeal.

Jackson laughs at this. “So, after all, this is our diet - the diet of the Scots. That is exactly what we ate about a hundred years ago. Potatoes, milk and oatmeal, plus a little cabbage,” she says.

However, adhering to a strict mono-diet is harmful not only because of a lack of nutrients.

Our body is designed to avoid such situations (perhaps because in the end it leads to malnutrition and exhaustion).

The more different vegetables we eat, the better - but why this is so is still unclear

For this there is such a mechanism as sensory-specific saturation: the more specific foods you eat, the worse your body perceives it. But at the same time, he will not mind anything new.

“I call it the“ pudding effect, ”Jackson says.“ For example, you have a tight dinner and you can no longer swallow a bite. And then someone brings the pudding and you pounce on it with appetite.”

There is a danger that, day after day, eating the same product, at some point you simply cannot eat it in an amount sufficient to survive.

Just imagine that you have to eat three kilos of avocado a day.

Moreover, the assumption that adhering to a mono-diet instead of a varied diet can be without harm to health - provided that all vitamins and minerals are ingested, as well as a sufficient number of calories, only seems logical.

Recall using what methods the modern science of nutrition has developed. At the very beginning of the 20th century, scientists excluded certain nutrients from the diet of rats and monitored what they might get sick or die from.

For example, this is how we learned about the existence of vitamins. Such experiments can show what rats will die without, at least in the short term.

However, Jackson believes that with the help of such experiments it is impossible to identify some of the benefits of a varied diet, which are manifested over a longer period of time.

In addition, we must not forget that people are still different from rats.

After analyzing the existing epidemiological data, scientists came to the conclusion that the more different vegetables we eat, the better. But why this is so is still unclear.

For example, there is a possibility that people who do not eat green vegetables are, for some reason, more susceptible to cancer.

“We don’t know for sure what the consequences of the use of this or that product can lead to,” Jackson says.

"We can determine how much essential nutrients we need, but miss out on something important that we don’t even know about."

By reducing your diet to just one ingredient, you can save time and effort, but this is the shortest way to get sick... or just get bored.