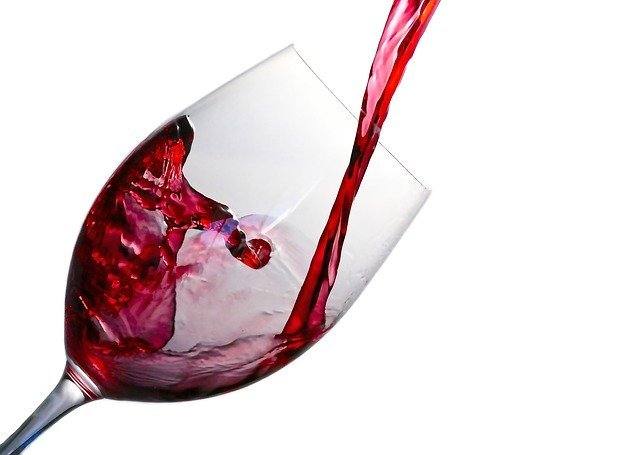 American billionaire founder Cypress Semiconductor TJ Rogers decided to go into winemaking and become the best producer of wine in the World.

When the vault of a giant tunnel collapses before your eyes, it should be a very dramatic sight, but Rogers talks about what happened very calmly.

“It doesn’t look like a movie when stones and boulders fall from everywhere,” he says. “Yes, you can die, but everything happens relatively slowly, and you can simply run away from the rubble.”

He talks about this in one of the three giant caves on the Santa Cruz Mountain Range in California, where his winery is located.

Building special caves was a tremendous job. It took years, and Rogers needed to resort to the services of specialists who built tunnels in the Austrian Alps. The collapse of the cave was only one of the problems.

Why was such an inhuman effort needed? "Our goal is to produce the best wine in the New World," says Rogers.

This is not a person who agrees to half measures. He personally founded Cypress Semiconductors in 1982, and now the company is valued at billions of dollars. The chips that Cypress manufactures can be found in millions of mobile phones and other devices.

Rogers himself recently resigned as head of the company. Wine interested him in his youth. The Pinot Noir variety turned out to be his favorite, in particular he loves Burgundy wines (Burgundy is considered the birthplace of Pinot Noir).

He wanted to know more about this wine and went to France, where he visited one vineyard after another. Although some local winemakers looked surprised at the American, Rogers himself says that he learned a lot during the trip.

After he returned to California, his interest in wine grew into true love. He decided to produce wine himself, and the wife of Valeta Massi began to help him.

At first, he experimented in vineyards near his own home. But after he bought land in the Santa Cruz Mountains, his ambitions for winemaking could no longer be contained.

He decided to produce the highest quality wine. To do this, as Rogers decided, it was necessary to copy the winemaking process as it was in Burgundy in the 1830s.

Grapes, for example, should be crushed with their feet and generally handle grapes and wine as carefully as possible throughout the production process.

There are no pumps for pumping wine in his winery; instead, the laws of gravity are used. Three huge caves are located one above the other, and after the fermentation process in the highest of them, the wine flows through pipes into barrels into the second cave, where the process continues.

Despite the attention to traditional methods, Rogers has resorted to modern technology. For example, during the fermentation process, various qualities of the future wine are constantly measured, and special sensors are installed in the vineyards so that the vine receives as much water as it needs.

Rogers emphasizes that modern technology is applied only when there is an urgent need. “Technology is not a substitute for old processes; people in the past knew what they were doing,” he says.

TJ Rogers is not the only person in California who is trying to bring something new to winemaking. But how serious is this? Maybe this is just a personal hobby of a rich person?

Not at all necessary, says Aaron Pott, a winemaker and consultant who worked with the most prestigious winemakers in California. If you picked the right staff and a good vineyard, it’s quite possible to produce great wine, he says.

Pott adds that one should not assume that good wine can only be obtained from old vineyards.

Both Rogers and Pott say that making good wine is possible, but making money on it is much harder. Creating such a winery costs a round sum. If you add the cost of land and all necessary equipment, then the price rises even more.

It is worth remembering the yield of the vineyard. According to Rogers, if you want to produce the highest quality wine, the yield will be small.

"We produce a ton of grapes per acre of land. In commercial vineyards in the Nappa Valley, this figure reaches five tons, and in Modesto, and 12 tons. And then it becomes clear that you have already lost the economic war. Your wine will be expensive," he says.

Nevertheless, despite these problems, what Rogers and his Californian businessmen are doing can be beneficial, says Aaron Potts.

On the one hand, billionaire vineyards create problems for smaller winemakers, but on the other, the expert says they raise the quality level of all California winemaking, and this can only lead to positive results.

TJ Rogers himself and his wife say that they are happy to do their new business and admit that they learned a lot in the process of creating the winery.

But the most important thing in this matter is the grape itself.

​Read More
Medicine In Near Future: A Technology Brief

​Read More
Is It True That A Slow Metabolism Is Responsible For The Kilos? Can You Speed It Up?