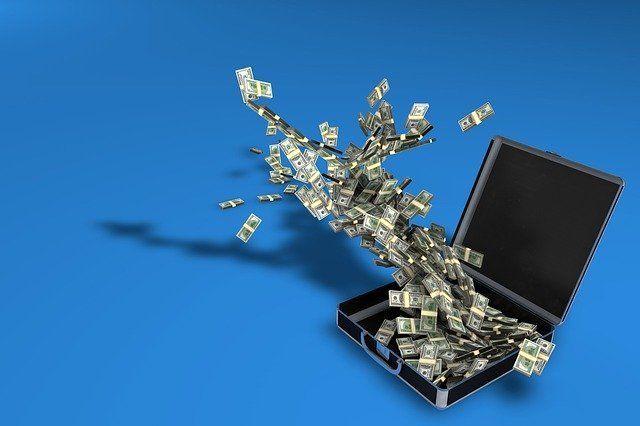 It is not easy to handle money – if we are not careful, it can escape like water between your fingers before we realize it.

More than once have you wondered what I spent it on? And how is it possible that I have almost nothing left? That is something that happens especially to the youngest people out there, but also to many adults who have difficulty organizing their finances.

Bryan Kuderna, financial planner and founder of the US firm Bryan Financial Team, has dedicated himself to researching how millennials can improve their money management and build a safer economic future.

During his work experience, he has encountered young people who make mistakes because they do not want to give up a certain lifestyle and do not give importance to saving.

How is the 80/20 rule to organize your finances (and why it can be more efficient than other methods).

"We stopped working before turning 40": how a middle-class couple managed to retire when they were in their thirties

But what about those who don't have the money to save?

There are young people who only have their salary as a source of income, and if that salary does not allow them to save, then the next step will be to generate extra income by doing other complementary jobs independently.

And then there is the issue of expenses. If you don't have enough money to save, something that Bryan describes as essential, then you will have to adjust expenses as much as possible.

"The first thing is to focus on saving and managing debts," says Bryan.

"The first thing is to focus on saving and managing debts. If we have done that, only one can start thinking about how to invest the money," he says.

Here are the five biggest mistakes made by young people with their money, according to this finance expert.

1. Not have an emergency fund

Not planning your finances is usually a matter of laziness or waiting for the "perfect moment, " says Bryan, when you can actually start right now.

It is key to order the finances to have a real approach to your financial situation.

In that sense, something essential is to save in order to have an emergency fund that can sustain you for at least six months and thus face unforeseen events that could lead you to bankruptcy unexpectedly or leave you in a difficult situation.

It is essential to have an emergency fund for unforeseen cases, says Bryan.

Cards are the biggest double-edged sword. They can help you on many occasions, explains the consultant, but with interests close to 20% (in the case of the United States), it is necessary to pay them monthly.

The payment of interest and the accumulation of debts can end up taking over your budget, making the next time you go into debt, the situation ends up being insurmountable.

There are different types of debt. For example, mortgage debt is a "safe" type of debt because it is backed by the house you bought.

However, student credit debt is an "insecure" debt because your payment depends solely on your income.

Student loan debt to pay for college is an "insecure" debt.

In this case, says Bryan, you have to look at all the options available to refinance that debt with the lowest possible interest rate and at a number of years that allows you to pay the monthly fee.

4. Buy a house and run out of money

In his financial literacy workshops, Bryan often asks the audience: what is the first objective they set when leaving university?

"The most popular response is to buy me a house," he tells BBC Mundo.

But when asked about saving for an emergency fund, eliminating credit card debt or paying the college loan, they usually respond that these things are not a priority.

This lack of hierarchy, from the most important to the least important, "can make young people end up living in their home, but without furniture, " he says.

5. Compare yourself to others

Leaving vanity aside is a good way to start a financial plan that allows sensible decisions to handle money, says Bryan.

Financial mistakes are often influenced by our desire to maintain a certain standard of living.

The most irrational or irresponsible spending decisions are often influenced by the desire to maintain a certain standard of living.

Basically, the attempt to maintain a level of expenditure that is not inferior to that of other people we know.

That is something that does not help at all, because finally we all have different economic situations and it is not worth comparing or trying to follow the level of expenses of the neighbor.

How To Understand Chronic Inflammation