Sensitive Disturbance Syndrome – What Is Depersonalization? 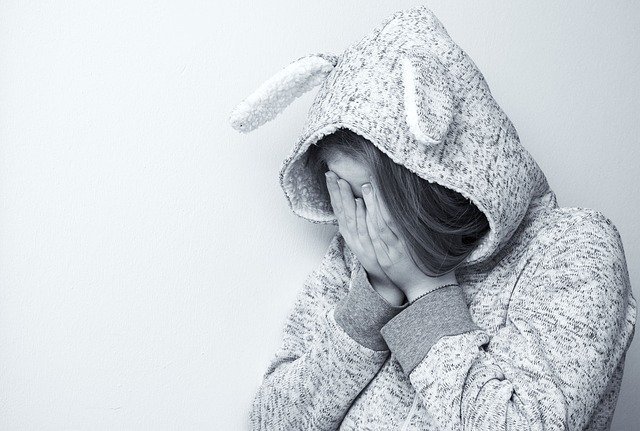 To people with depersonalization syndrome, the world seems unreal, two-dimensional, as if in a fog. Every hundredth suffers from this disorder, but despite this, British doctors are not taught to work with such patients, experts say.

“Connections that you consider valuable lose their original meaning. You know that you love your family. But the fact is that you are more aware of it with the mind, rather than feeling it,” Sarah tells.

Sarah is an actress; she constantly tries on various images and reproduces other people's emotions. But in reality, for most of her conscious life, she is emotionally paralyzed and unable to experience any feelings.

The reason for this is a poorly understood mental disorder called depersonalization.

In Sarah, the syndrome manifested itself three times. This first happened when she was preparing for the final exams.

The main sign of depersonalization is the feeling that a person is losing a physical connection with the world around him and his own body.

It is believed that this is how the protective mechanism manifests itself, when during stress or a serious shock, consciousness is disconnected from reality. Some drugs, such as marijuana, can cause the same effect.

For people with depersonalization syndrome, the world can change in a second.

"It was an unexpected switch. Everything around seemed alien and even frightening. Suddenly, the apartment and other places where you used to be, become a movie set for you, and all your things - scenery," says Sarah.

Other patients talk about the feeling that they are outside their body, that it does not belong to them, and the world around it seems two-dimensional and flat.

With Sarah, this happened during the second episode.

"I read, there was a book in my hands. And suddenly my hands began to look like a picture in which two hands were painted. There was a feeling that the real world and my perception of it did not coincide."

The frustration that Sarah suffers with is not uncommon. Three independent studies have proven that it is found in one out of a hundred people.

Experts say the disorder has long been recognized as a medical condition. It is as common as obsessive-compulsive disorder or schizophrenia.

Some untreated patients may suffer depersonalization symptoms throughout their lives. And, nevertheless, not all doctors know what it is.

A doctor who recently completed his studies and himself suffers from this disorder, said that depersonalization was not told either in the medical school or in continuing education courses for therapists.

He admitted that he at least twice made the wrong diagnosis to his patients. According to him, he will be very surprised if it turns out that at least one of his colleagues has heard about this syndrome.

Sarah says that in her life she encountered at least 20 specialists who had no idea what she was talking about. Among them are consultants, therapists, district psychiatrists and doctors.

The Royal College of General Practitioners (RCGP) in London said that psychological health was a key element in the extended training of doctors.

The institute added that the study of more complex psychological problems is still under development.

The Royal College of Psychiatry emphasized the need to make sure that these disorders are properly studied.

Poor diagnosis is only part of the problem, another difficulty is access to treatment.

In the UK there is only one specialized clinic. Its resources are limited, only 80 patients per year can be admitted there. Despite the fact that 650 thousand people can potentially suffer from this disease.

To get to this medical center for free, a referral from a local doctor is required. And even if the patient is diagnosed with depersonalization, treatment will have to wait several months or longer.

After a year of waiting in line, Sarah decided that the only way out was to pay for treatment on her own.

“I had panic attacks all the time. It's really scary. I knew it was a crisis,” she says.

A specialized center for patients with depersonalization syndrome operates at Maudsley Hospital in south London. However, for patients under 18 years of age there are restrictions; the center only deals with the treatment of adults.

Often the disease occurs precisely in adolescence. Dr. Elaine Hunter, who heads the center, is worried that she has to refuse help to children and adolescents.

“Sometimes deeply depressed and frightened fifteen-year-old patients come to us, but we have nothing to offer them,” she says.

In one of the adult patients of the center, the syndrome developed at the age of 13. For two years she could not leave the house, a day she experienced ten panic attacks caused by the disorder.

At the beginning of treatment, she did not even recognize her own parents.

Dr. Hunter hopes that over time, the right treatment will be available to minor patients.

She believes that treatment should be organized in each area. Doctors at local psychological care centers should undergo special training, then disseminate information to other specialists.

Hunter has developed a technique for cognitive behavioral therapy (CBT) specifically for patients with depersonalization. She believes that doctors who already have experience in conversational psychotherapy can easily get hold of her.

Dr. Ashley, a patient of Dr. Hunter, says she was skeptical at first about this technique, but after a while she felt a huge difference.

“[Before CBT] I looked at my own hands or other parts of the body and it seemed to me that they were not mine. I looked at myself in the mirror and did not understand that it was me,” Sarah explains.

“I couldn’t eat and sleep, because of stress I lost weight up to 42 kg. Now I still have some symptoms, but I can quickly deal with them,” she continues.

There is treatment, but it is difficult to get it.

According to Dr. Hunter, it is necessary to correct the situation in which patients are forced to seek out information about their disorder on the Internet, and then explain to the doctor what is at stake. Instead, on the contrary, the doctor told the patient about his illness.

The Dark Side Of Plant-Based Food – What Happens To The Body When You Stop Eating Meat?

​Read More
The Dark Side Of Plant-Based Food – What Happens To The Body When You Stop Eating Meat?