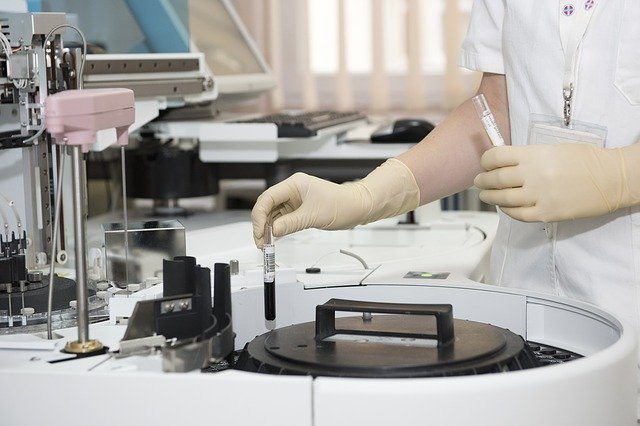 In the middle of a dazzling white room, a translucent plastic sarcophagus gleams with matte sides. There, inside, a just-saved world and a pretty battered superhero are assembled in parts of nanorobots.

This is what the medicine of the future looks like in the presentation of the scriptwriters of Hollywood fantastic action films and TV shows - from Star Wars to The Fifth Element.

Of course, we are still far from collecting patients at the molecular level of smart cameras. But some idea of the direction in which modern medicine is moving and what types of treatment may become available in the near future could be obtained in Finland, where the world's largest startup festival SLUSH was held.

Of the more than three thousand companies that presented their innovative ideas at the forum in Helsinki, a good quarter was somehow related to health and medicine: from smart sleep trackers and other accessories that allow you to monitor your diet and daily routine, to interactive computer games for rehabilitation of children with serious illnesses and personal healthy lifestyle trainers based on artificial intelligence.

And some of the developments in the coming years can fundamentally change our ideas about medicine.

Print me a new heart

One of the most fantastically sounding developments is the Finnish startup Brinter (bio - printer), which offers 3D-printing of living tissue from stem cells.

“Ink” for a bioprinter looks like a viscous gel, from which a three-dimensional cell structure is first printed, explains one of the founders of startup Tomi Kalpio. Then the patient takes samples of skin cells, reprograms them - and turns them into stem cells, filling out the printed matrix.

The result is living tissue of any desired organ. Moreover, with the DNA of the patient himself, so that when transplanted, the body will not perceive it as foreign and reject it.

“We print life. Layer after layer,” says Calpio. This is the official slogan of the company.

So far, “brinter” prints tissues mainly for medical research and is not able, say, to print a working donor kidney - or any other organ as a whole. Before that, according to the Finnish doctor, another five years.

However, maybe much less - the technology is developing very quickly, and similar developments are in other countries.

Moreover, the 3D Bioprinting Solution laboratory has just conducted an experiment on printing living tissue in space in microgravity. The results — human cartilage and mouse thyroid tissue — will be delivered soon.

In February, the Americans are going to send their bioprinter to the ISS. But, as Yussef Hesuani, managing partner of 3D Bioprinting Solutions, promises, "when the American printer is launched, we will publish our materials."

Life without swelling and injury

Probably, each of us happened to tuck a leg or dislocate a finger. In addition to pain, the indispensable symptoms of such an injury are inflammation and swelling of the damaged organ.

They not only cause a lot of practical inconvenience (such as the inability to wear the usual shoes on a swollen leg), but also greatly lengthen the healing process, since they interfere with normal blood circulation.

An elastic bandage or fixing bandage only compresses blood vessels even more - inflammation does not go away, pain also.

American Jackson Corley figured out how to solve this problem using semiconductors, which he weaves into fabric dressings.

Under the influence of body temperature, they release negatively charged ions, which activate molecular vibration, increasing blood circulation. Blood brings oxygen and nutrients to the affected area, relieving swelling and inflammation and speeding up the healing process several times. So, you can do without pills.

“A stretched ankle can heal for five to six weeks. With my dressing, it can take up to a week,” Corley says, showing the photos. “Symptoms of lymphostasis are removed in three hours. Postoperative edema in eight hours."

Eliminating edema will help relieve symptoms of arthritis, arthrosis, and some autoimmune diseases, he assures. In this case, the bandage should not even press - just wrap the damaged organ.

Sky in your pocket

Chronic lack of sleep, long hops or short daylight hours can significantly affect the level of hormones in our body and contribute to the development of depression.

Our biological clock is upset - and as a result, sensations become dull, drowsiness develops, and reactions slow down.

Numerous studies show : to get out of this state and return to normal, we only need a couple of tens of minutes of morning sunlight. It naturally “resets” the biological clock, inhibiting the production of melatonin, the main hormone that regulates the circadian rhythm.

But where to get the morning sunlight exactly when it is needed - for example, after an exhaustingly long flight?

There he is. The portable device of an Austrian startup weighs literally 50 grams (100 grams - together with a charging case), easily fits in your pocket and is called Pocket Sky, that is, "The sky is in your pocket."

It does not need to be worn constantly. To suppress the production of melatonin and reset the internal clock, just put on “glasses” for 15-20 minutes. For example, in the morning, if you did not get enough sleep. Or, conversely, in the evening - before the night shift.

“In the European Union alone, 42 million people periodically work at night. The problem with such work is not only disruption of the sleep schedule, it also has much more serious long-term consequences: increased risk of cancer, cardiovascular disease, diabetes, all sorts of addictions, and so on. "- says one of the developers of the device, Hans-Jörg Hummer." There are not many ways to reduce this risk, and the use of blue light is recognized as the most effective. "

Now the Austrians are working on the development of a mobile application that will track and take into account your individual factors - age, gender, “lark” you or “owl”, how much you sleep - and give specific advice: when, how much and what kind of light your body for the most effective work.

No need to treat me. Don't let me get sick

"Now the system is reactive: you got sick - you came to the doctor - they prescribed treatment for you," explains the founder of the company, Teemu Suna.

Based on research by the University of Helsinki and Oxford, Finnish scientists have developed a universal blood test, the results of which show the likelihood of a patient developing certain diseases: from cardiovascular and diabetes - to dementia.

A single blood sampling - about 5 ml - is enough to analyze 220 biological markers. And start prevention before the patient begins to have health problems.

Ideally, for the most effective prophylactic analysis, blood should be donated three to four times a year.

Throughout December, the system will be tested in Finland at the national level. Considering that the test itself is not very expensive, in the long run, budget savings can be decent.

Now the startup is trying to enter the US market, where, according to Teemu Suna, insurance companies are already actively interested in them, who hope to significantly reduce their costs due to the new technology and, accordingly, the cost of services for customers

A Solar-Powered System Can Turn Salt Water Into Fresh Drinking Water For 25,000 People Per Day