Do Not Be Afraid Of Artificial Intelligence, It Will Save Us 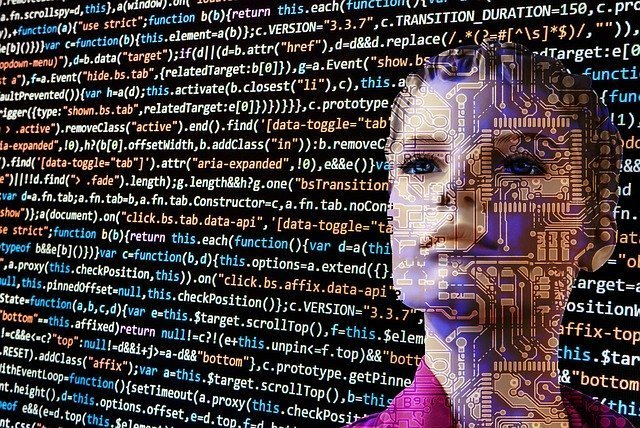 Artificial intelligence is often portrayed as a threat to humanity - it steals jobs and spies on us, and in general will soon become smarter than all people put together, and then ... But wait. Many of the key problems of the 21st century can be solved precisely by smart machines.

But even the most ardent critics of AI recognize that it can potentially bring great benefits to humanity.

Intelligent machines are already helping people cope with the most complex and dangerous problems - from disease to crime.

And all because AI does not know what boredom is and, like none of us, is able to identify trends and relationships.

Perhaps this is what will help humanity survive in the 21st century.

Here are at least five areas where artificial intelligence is already giving us its shoulder.

To cope with a seemingly uncontrolled outbreak of this type of crime, in some large cities of the country turned to the help of technology.

The automated system listens to the areas of the city with the help of many sensors for firing, which helps the police quickly determine where something is wrong - literally 45 seconds after someone pulled the trigger.

Already 90 cities - mainly American, but also from South Africa and South America - use this system. Its smaller versions are located on the territory of nine university campuses. The US Secret Service has installed ShotSpotter in the White House.

However, according to Ralph Clark, head of ShotSpotter, in the future the system will not be used simply to respond to incidents.

“We would like to understand how our data can be used for forecasting,” he says. “The system can add to the overall picture of the weather, the situation on the roads, crime data - all this will help police patrols to more consciously and accurately respond to the situation.”

For 800 million people on the planet, cassava roots are the main source of carbohydrates.

This plant, similar to sweet potato, is often used in the same way as we use potatoes, plus they make flour for baking bread.

The ability of cassava to grow where other agricultural plants do not take root has made it the sixth most popular food crop in the world.

Cassava, however, is very vulnerable to diseases and pests that can destroy entire fields of this plant.

Researchers at Makerere University (Uganda), along with plant disease specialists, have created an automated system - the Mcrops project .

“The symptoms of some of these diseases are not so easy to notice,” explains Ernest Mwebase, who heads the project. “Farmers get from us a handheld expert who will tell you if you need to pollinate the fields or whether it is better to mow and plant everything elsewhere.”

MCrops now diagnoses with an accuracy of 88%, saving farmers time and money.

In addition, with the help of MCrops, local authorities are informed about a possible epidemic that threatens hunger.

Mwebase and his colleagues hope to create a similar system for combating diseases of banana trees. In addition, artificial intelligence is able to automate pest tracking.

3. Against cancer and blindness

Every year, more than 8.8 million people die of cancer in the world and another 14 million find it.

The patient’s chances of survival are greatly enhanced by early diagnosis, one of the main methods of which is a rather laborious examination with many diagnostic procedures.

Artificial intelligence is ready to provide its services here. Both Alphabet (a company that owns Google) with its DeepMind project , and IBM are striving to make the survey process faster.

DeepMind teamed up with doctors from the British Health System (NHS) to teach AI how to distinguish healthy tissue from diseased tissue when scanning the head and cervical spine.

In addition, together with the doctors at the renowned Morphilds Ophthalmology Clinic, the computer system is taught the early recognition of eye diseases leading to vision loss.

According to Dominic King, head of the DeepMind Health program, it is too early to talk about concrete successes, but what artificial intelligence has learned now is very optimistic.

IBM said its Watson AI artificial intelligence system can analyze scans and detect signs of a tumor with an accuracy of 96%.

Watson AI is being tested by doctors in 55 hospitals around the world to diagnose cancer of the breast, lung, colon, cervix, ovary, stomach and prostate.

Rob tells that artificial intelligence can work effectively even with simple things like your refrigerator - for example, remotely control its operation and turn on freezing and cooling cycles when the power supply is not loaded.

How Much Does a WooCommerce Store Cost?

​Read More
How Much Does a WooCommerce Store Cost?