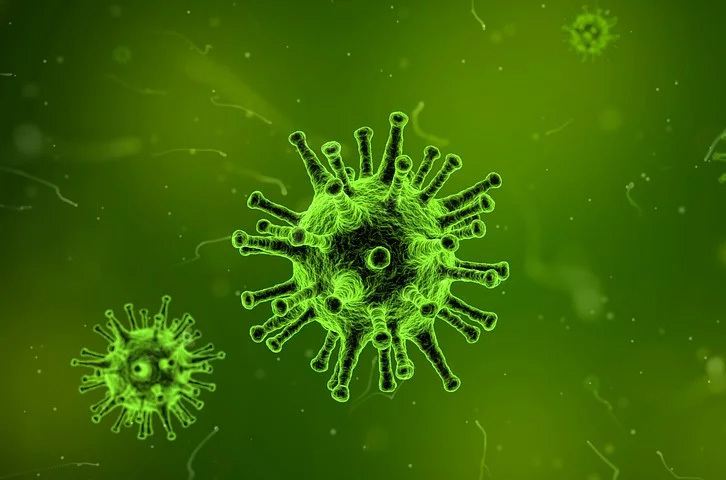 Surgical mask has long been a mandatory attribute of any viral epidemic.

This is especially noticeable in China, where a new coronavirus is now rampant. In some Chinese cities, including Shanghai, masks began to be in such high demand that they began to be missed.

In addition, the Chinese wear masks as well as protection against air pollution.

Although there is evidence that masks can save from viruses transmitted by direct contact, doctors are very skeptical about their ability to protect against viruses that spread by airborne droplets.

Surgical masks first began to be used in hospitals at the end of the 18th century, but the population began to wear them only in 1919.

"Standard surgical masks cannot be an effective means of protecting populations from viruses or bacteria transmitted by airborne droplets," said Dr. David Carrington of St. George's Hospital at the University of London in an interview. According to him, such masks do not have a special filter, do not fit snugly to the face and leave eyes unprotected.

Nevertheless, they reduce the risk of airborne droplets and contact household infections.

According to a study conducted in the Australian state of New South Wales in 2016, an average person touches his face 23 times per hour.

“In one of the carefully conducted in-hospital studies, a medical mask proved to be as effective in protecting against a viral infection as a professional respirator,” admits Jonathan Ball, a professor of molecular virology at the University of Nottingham.

Respirators are equipped with a special air filter and are specifically designed to protect against potentially hazardous particles in the air.

“However, when it comes to the effectiveness of masks for the population, the statistics here are not so convincing, because it’s very difficult to be masked for a long time,” adds Ball

It’s far more efficient to “use simple hygiene rules,” Dr. Connor Bamford of the Institute of Experimental Medicine at the University of Queens in Belfast echoes.

"If you cover your nose and mouth while sneezing, wash your hands, do not stick unwashed hands in your mouth, then your chances of catching a viral respiratory disease will decrease," he assures.

The UK Ministry of Health gives several tips on how to protect yourself from infection:

"Although there is a perception that a surgical mask can be beneficial, there is little evidence of its benefits outside hospitals," said Dr. Jake Dunning, a spokesman for the government organization Public Health England.

According to him, if you want the mask to help, you need to wear it correctly, often change it and safely dispose of it. In general, it would be better for people to pay more attention not to masks, but to personal hygiene, for a start - wash their hands more often, the expert says.

Professions Of The Future: What To Learn To Succeed In Competition With Robots

​Read More
Professions Of The Future: What To Learn To Succeed In Competition With Robots